Not actually a fist.

Rumours (yup, just rumours) flying about that Last of Us Part II is taking Ghost of Tsushima's June 26 release date, and Like TLOU Part II, Ghost of Tsushima will also be pushed back about a month to the beginning of August. Last of Us' new date appeared on Amazon, Tsushima's date actually turned up on an official Playstation website (Canada I think).

Following from @Coolnara 's toot earlier, I'll post mine too since I'm WFH during the Corona stuff and up for Animal Crossing play when I'm not working! Friend code is SW-1608-8339-3883 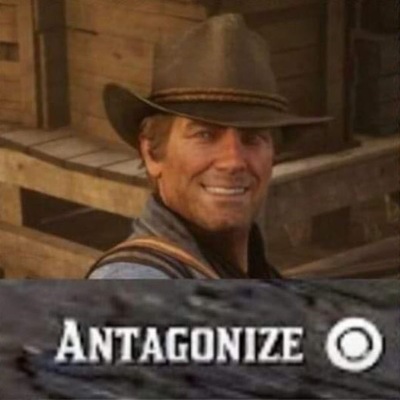 The cat's out of the bag!!! Introducing ONE COMMUNITY, ONE GAME! A Community Event where we all play and discuss a game throughout the month. This Month's Game??? OXENFREE! Pre game discussion Starts TODAY in the Discord! Game Discussion starts FEBRUARY

damn 😳​he really bodied this

X019 has had decent reveals so far. Little team at Obsidian making a survival game called Grounded that is basically 'Honey I Shrunk The Kids', DontNod (Life is Strange) have a new episodic game called 'Tell Me Why' coming next year, Ron Perlman starring Western 'West of Dead' by an indie studio I can't remember, and there's the new Rare IP 'Everwild'. Also, Artful Escape has a release window of 2020, and oddly XCloud now supports use of the... Dualshock, ha.

Played a few hours of Death Stranding this morning/afternoon as well, I'm liking it and for the gameplay and exploration stuff guessing it's going to be my chill-the-fuck-out game this winter and probably at the Christmas break. Just moving around and the music tracks popping in when you get to a new scenic bit is nice.

Finding familiar voices in Outer Worlds, turns out...
- My favourite companion is played by Ashly Burch (You know her... Chloe in Life is Strange, Tiny Tina in Borderlands, Aloy in Horizon Zero Dawn).
- The corporate dude in the first place you visit is voiced by Darin De Paul AKA Reinhardt from Overwatch!
- Charles from Red Dead 2 (actor Noshir Dalal) is here! He's a real corporate big shot here rather than outlaw.

Something potential for live next week- Cyberpunk latest gameplay reveal. Friday 30th for most of us, early hours of Saturday 31st for @FarFromSubtle , @MissBlow , and viewers in Asia/Australia/NZ. Only 15 mins of gameplay though so maybe something to save for show and trailer if not live? There are interviews and features alongside the gameplay during the stream anyway. https://www.cyberpunk.net/en/news/29533/gameplay-stream-announcement

Dreams players in the Toots - let me know if you want to add anything to the Turbo Collection - Radladdy updated it today but if there's any late minute additions I can add them in the next 3.5 hours before the show. You can give your username here or find me at FistOfFiori in Dreams. I'll make one last sweep there at 3pm/3:30pm UK time (11:30pm Japan/7:30am Pacific/10:30am Eastern).

23 hours into Fire Emblem: Three Houses, and it's officially going on the GOTY list. Even though - if reports of 55-60ish hours are right -I'm only closing in halfway through. But I'm having such a great time with the game, the story is going well and loving the characters and world. It has competition with RE2/Sekiro and Outer Worlds/Link's Awakening/Death Stranding when they come, but it's so strong.

E3 leak of 2000+ attendees (journalists and youtubers) personal details happened. Some are getting threats from deranged side of gaming fandom already 😞​

I've watched a teeny bit of the Outer Worlds gameplay (a preview embargo must have ended as loads of outlets are showing gameplay), and if Bethesda aren't making proper Fallout games anymore, then Obsidian sure are. Outer Worlds is Fallout New Vegas meets Firefly, and I'm so looking forward to it. Glad it's October, I'm only 11 hours into Fire Emblem currently, ha.

If it was Hugo there we would have had a Jon and Garfield scene.

Not actually a fist.