Hello there, I'm a Turbo on VGA from Denmark. It's only recently I have been more active in the streams, since the time zones didn't work well for me previously a lot of the time, but I try to get into every stream I can.

I have a Let's Play channel too: https://www.youtube.com/c/Zaziuma

@MissBlow you mentioned you want to watch The Lighthouse. Do. It's one of the best movies I have seen in a while. It does get quite dark, so if you don't want to be up all night watch it early in the day haha

Oh, this game looks delightful, wish I had known about it before now, got some Night in the Woods feels with some adventure game stuff, it's cute, it's got good voice acting, so glad when YouTubers introduce me to games like this:
https://www.youtube.com/watch?v=q3EfHbBudAw

Finished Rain on Your Parade, cute little game, similar in style to something like Donut County or Untitled Goose Game, it's got a lot of different kinds of gameplay packed into a short 2-4 hours experience, depending on how perfectionist you are, it's on Xbox Game Pass so it's easy to check out, I think it's on Switch too, they even make a Nintendo Switch joke in the game. It's not deep, not super difficult, though getting all the extra stars does take effort. Oh and you can have a frog hat.

I recently finished the Zelda inspired game Hob which left a bad taste in my mouth, I won't bore you with details, but it's very unpolished, and I just saw this game in my home feed, looks like a fun cute little game: https://youtu.be/-kL1_YnKbOI

I watched this and now want a Rick and Morty game like this. The pixel art is great, and you could literally do anything with it, the way it's animated makes it really feel like a game rather than just animation, so feels like you could throw a team together to so this. https://youtu.be/x9vcTf3_nro

@FarFromSubtle @MissBlow you guys checking out Returnal tomorrow? I hear it's getting praised a lot, though I heard you don't care for critics in a recent stream so maybe that doesn't matter.

I finished Touhou Luna Nights, pretty fun little Metroidvania, even though I only vaguely know about Touhou, game is not very story heavy anyway so it's easy just to jump into if you got Xbox Game Pass. I like the time mechanics, wish it was longer since they could do more with it I feel, but hey, 5-6 hours for main game makes it a nice little bite sized experience.

I'm coming out as non-binary demigender (they/them). I finally feel comfortable enough to share this, the community here is one that I have a lot of respect and trust for. I have had this post in mind for a while now, and finding the right words were more difficult than I imagined. Feel free to ask any questions you might have, it will help me as well. My thoughts are developing as time goes on, but for now, you can read more about it in the pastebin linked to below: 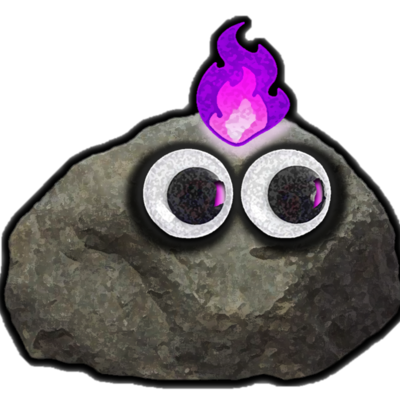 If none of you have played Ori and the will of the wisps, I highly recommend you do so as it's absolutely fantastic. Would also love to see the series on the show, they would love it so much!

Well started up another Yakuza game, Kiwami that is, and so far it seems a lot like Zero, which is both a good thing and a bad thing, but hey, only an hour in so can't say how much will be different. I always heard they don't change much, but it's almost like DLC, but we'll see.

Look at this good boy! https://nypost.com/2021/04/16/scientists-discover-new-dinosaur-and-it-is-adorable/

So as the wait for Hollow Knight: Silksong continues, I keep looking for other HK inspired games, that game Gleamlight looked decent at first, but reviews kind of tore it apart, but I just saw this new game called Crowsworn, looks pretty decent already, for pre-Kickstarter footage. Definitely gonna keep my eye on this one. https://www.youtube.com/watch?v=Yz2dyV8ck00

For all you music nerds, Greta Van Fleet's new album The Battle at Garden's Gate comes out today, also Porter Robinson's new album Nurture comes out on the 23rd, so this is gonna be some good musicing this coming week.

I'm having a weird controller issue that happens from time to time. I wouldn't call it drift because I can play games completely normally without my character moving or anything like that, it just makes picking OW heroes kind of annoying sometimes, just an odd issue. It only happens in Overwatch as far as I can tell, and as you can see, when I go to the home menu, it doesn't scroll left, so I really don't know what to think. https://www.youtube.com/watch?v=K2J0qrA0PKk

So got a bit more time with VR to form some thoughts, playing Astro Bot Rescue Mission right now, it's a lot of fun, and I'm starting to see the appeal of VR, the way you can get super close to things, look around and feel the game more, it's great, but PSVR does have some issues, the quality isn't great, wish there was better peripheral vision, the comfort of the headset isn't awful, but could definitely be better. Also got some motion sickness, not a lot, but it's something I'm getting used to

I'm thinking this is finally the year I play Ocarina of Time. It's been too damn long! Now, go for original or 3DS?

So Dark Souls 2 was on sale on Steam for 9,99€ so I finally picked it up, and it's weird, I am immediately finding this a huge improvement on the first game, though I have heard a lot of people don't like it. It's also surprisingly pretty for a Dark Souls game, those waves still look pretty damn good. Gonna be playing this as soon as I finish Code Vein I think.

Watched the first episode of Star vs. the Forces of Evil on Disney+ and wow, I have been missing out, this was great! Hopefully the rest of the series holds up, but this was funny, cute and the animation is nice to look at.

It's weird that Daft Punk is no more, ah well covers exist https://youtu.be/AUK4dS8BgWY

I just finished Narita Boy. Pretty good game, the art, the music, the attention to detail is amazing, the gameplay itself, well it's hit and miss, it's not bad, but it may be described as not very deep, while it got a lot of enemy variety, it's a lot of button mashing, it also has a problem of direction, a map would have been very useful at times, it's fairly linear, so I get why, people said the same with Carrion, which would have benefited from it, but it was not necessary either.

Hello there, I'm a Turbo on VGA from Denmark. It's only recently I have been more active in the streams, since the time zones didn't work well for me previously a lot of the time, but I try to get into every stream I can.

I have a Let's Play channel too: https://www.youtube.com/c/Zaziuma